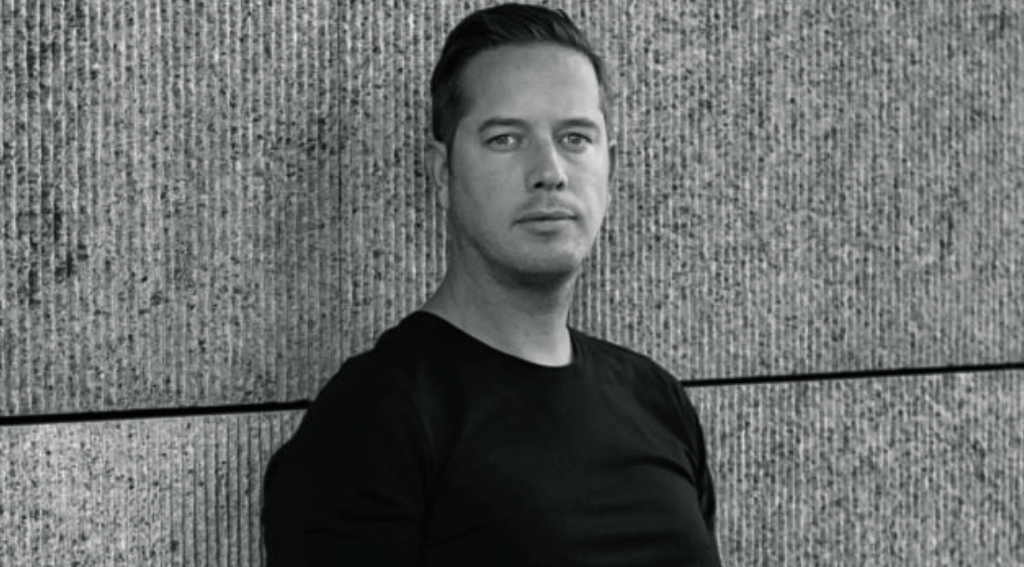 A musical pioneer, an addict of dance music, techno lover and label owner. Impello and his passions have never been this quiet interesting as it is at the moment – creating music, set-up a new label and playing music.
It was at the age of 15 that Impello's bought a set of turntables to play around with. Hardcore was the first music that captivated him but by 1997 Impello had moved on to playing the harder style of techno music which was hot in Rotterdam. In the past years all kinds of styles have been played by Impello. - Like Oldschool, Techhouse, Minimal Techno, House Music, Electric. Everytime he embrased the techno sound and it became his core music.

In 2003 Impello's won the first price at the Correct's DJ contest and got in contact with DOTF radio. The first gig in a club was a fact and warmed up the crowd for Lady Dana. A well known Hardcore female DJ in the scene who played techno at that event.
After that he became a resident DJ in the DOTF studio every last friday of the month in the “BassNation show” which represented the harder styles such as Hardtechno.

The next step was to make music, exploring the rules of music and evolve the style he embraces. - A deeper, sometimes funky kind of techno. The most important aspect is the rolling and warm sound which is almost found in all his tracks.

His passion and quality was not unnoticed and Impello's was asked to join Identity Group. A handfull group of artits with the same passion to let their musical talent be heard to public.
Parties i.e. at well known clubs in Rotterdam became real. Toffler, Rotterdam's Techno Tunnel and ADE are one of the highlights.

At the 2nd halve of 2018, Impello's started Purple Desert Records to release his tracks and can now be found on almost all digital platforms.
This, along with Impello's highly involved and passionate role as producer, Dj and founder, there are arsenal of idea's and plans for the future. Vitaliy Kukharev is a name to remember. His roots are in the mysterious country full of independency and creative artists. Russia! As a DJ and as producer Vitaliy knows exactly how to play with the crowd. Releases on labels as Ghara Records (Spain), Electronic Earthquake (Germany), Red Channel (Canada), Domozero Records (Italy) and now on Purple Desert Records (Netherlands) is the start of this multi functional techno engineer. The unique sound he creates is via synthesis and have not been used anywhere before. His mission is to play worldwide and wisely and to remain faithful to himself and his style. Be aware of this underground DJ. Arjan Molenaar, also known as Dutch producer and DJ Audio Mill was raised in a musical family. He grew up listening to his father's Jazz collection and his family home was a gathering place of talented musicians. It was in this environment that Arjan soon realized that he wanted to become a great musician. His parents recognized and stimulated his musical talent at a very early age and encouraged him to learn to play a musical instrument. He started taking guitar lessons at the age of 6 and by the time he finished high school he had also learned to play drums and bass.

It wasn't until Arjan started clubbing that he finally found his true calling. Seeing people getting lost in the music on the dance floor, had such a profound impact on him, that it lead to quitting his band and taking up DJing and eventually to becoming a producer. This rich musical history can be recognized in his productions, in either his funky bass lines where you can hear his background as a bass player, or his love for drums, in his more percussive Techno oriented tracks. And even though the music that he creates today is a long way from the Jazz music he grew up with, his ambition to become a great musician has never changed.

Audio Mill's unique sound, musical diversity and technical skills as a producer have caught the attention and support of well respected artists in the industry. With releases on record labels Traum, Redrum Music, Natura Viva, Suffused Music, Gain Records, Manual Music. His tracks have been recommended on Beatport, received airtime on well known FM and internet radio stations and are being played by club DJ's around the world. 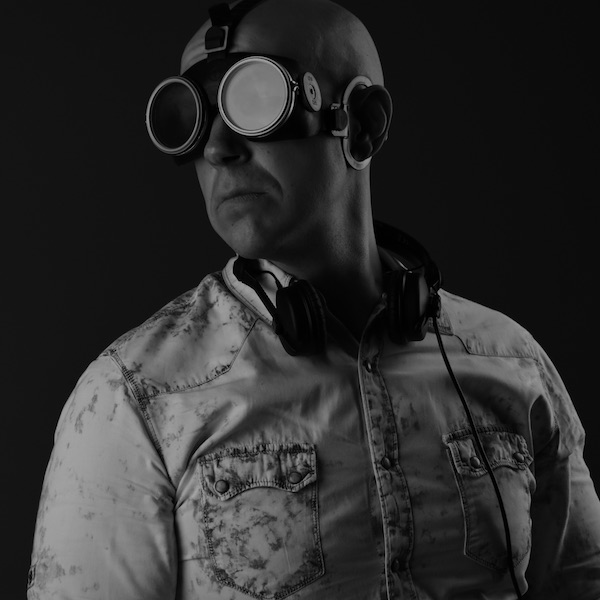 The philosophy of music through the eyes of Rutgerhauer will change your perception. Because music is a way to improve your state of mind and blow up borders and boundaries, he is not only an electronic music lover, but with a background of classical music i.e Bach, Shubert and Shostakovitch and in a later stadium more punk-rock and Jazz, the creative spirit reaches out to combine all these elements in his music now. 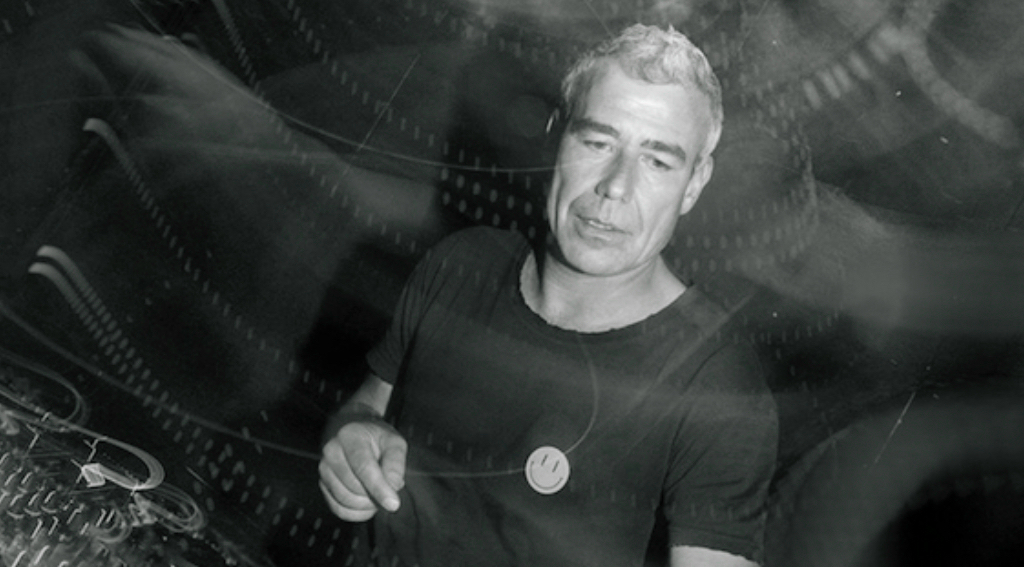 Carlo van Vliet aka DJ Beriba first full party experience (MTC party in the world trade center in Rotterdam) was in 1990. House and especially techno has grabbed him and never let him go. He has attended national and international parties for many years, with a preference for Techno. Heroes of the time such as Dimitri from Amsterdam (Kneppers), Laurent Garnier and Derrick May developed a more deeper style of Techno ‘High Tech Soul’ which really appealed to him.
The interest in Techno grew more and more on which he started collecting tracks since 2000 and playing at home for insiders. In 2005 a good friend asked him to play a full night DJ set. He was also asked every year on Queen's Day to play on a boat full of enthusiast’s party people. The love for playing DJ sets was further developed from then on with house and classic tracks. In 2010 he stopped doing this because he couldn't put his preference for Techno in DJ sets enough. His conscious audience was not ready for that.
From that time on he also started producing more and more, which yielded some underground Techno tracks that DJ’s played in 2016. From 2018 he has given more attention to producing Techno in Ableton live which has resulted in releases and playing Techno DJ sets in a underground club in Amsterdam (RLGC).
In addition, he started a local radio show in 2012 in which he wants to give underground electronic music more support, inspired by Studio Brussel and Deep Space radio by Kevin Saunderson.
Active DJ since 2005. Style: Techno without bounderies (acid, detroit & berlin style). High Tech Soul inspiration (from Dimitri Kneppers, Derrick May & Laurent Garnier). Always looking ahead, telling stories with music and keeping the fire burning.
Since 2016 producing: EP Attraction Line released in early 2019, EP Healing at the end of 2019 both on label First Impression (from Robin 'Jaydee' Alberts). Used on many sublabels such as Technosforca, Peace Tunes and Future Sonic Media.
The name DJ Beriba comes from Carlo his Capoeira nickname. He is beside a Techno DJ/ Producer also Professor in Capoeria. Beriba stands for: Strong stable wood. The skills he developed in Capoeira such as making a balance of energy and movements he uses in making tracks and building DJ sets. 'Volta ao Mundo'